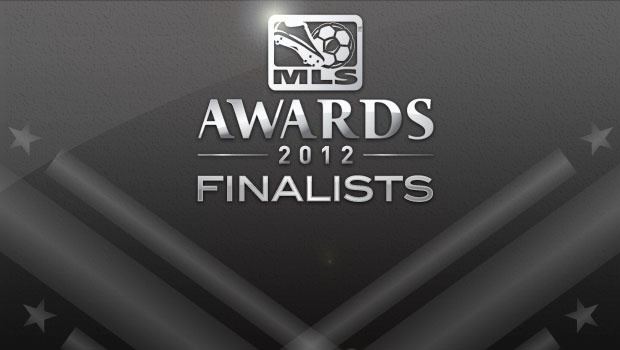 Most of the MLS year-end awards have been handed out. Who got robbed and who got properly rewarded?

Justice? A central defender, Berry started 28 games and had an excellent season. But he benefitted enormously from playing alongside German World Cup veteran Arne Friedrich. We’d have given it to dynamic D.C. winger DeLeon.

Justice? Besler was excellent in 2012, and a huge part of why Kansas City conceded a league-fewest 27 goals. But if you were starting a team, you’d probably pick Bernardez for your backline ahead of the 25-year-old former Notre Dame man. The players and clubs both picked Bernardez in the balloting. All that said, Besler thoroughly deserves a call-up from U.S. coach Jurgen Klinsmann—stat.

Justice? Yes, as coach of the Supporters’ Shield winners, Yallop deserves the honor, but Olsen, who got a D.C. team held together by chewing gum and dental floss to the playoffs, should have received more votes.

Justice? Yes. There’s some confusion about the criteria for this award, but Johnson’s comeback from four years in the career doldrums to produce 14 goals and three assists for the Sounders works for us. Gordon would’ve made an excellent Most Improved Player, but the league doesn’t have that award (they should though!).

Here’s Eddie lighting it up for the boys in green this season:

Justice? Sure. Truth is, all of the nominees had sensational seasons, from Kennedy standing on his head repeatedly to keep Chivas USA from getting embarrassed, Gspurning ably replacing a legend in Seattle, Rimando combining the rock-steady with the spectacular for RSL, and Gruenebaum pulling saves out of his nether regions on a regular basis for the Crew. We’d have been fine with any one of them winning.

Here’s the White Puma in action, and then deflecting credit for the award:

Justice? Another very competitive field, but we’d have to say yes, justice was served, because Higuain almost singlehandedly revived Columbus’s offense, and nearly carried them to the playoffs, bagging five goals and seven assists in 11 starts down the stretch. Crew fans can’t wait till next year, when they’ll have him for a full season.

The MVP award will be announced tomorrow, when it will be handed to San Jose striker Chris Wondolowski.