With only 16 teams in the competition, the European Championships roll from group play to tournament final in slightly more than three weeks. It’s a streamlined event, and we hope it stays that way—forget the recent push to expand the field.

But it does pass by quickly. So before the next major competition—the London Olympic tournament—gets going on July 25, let’s look back at the best and worst from Poland-Ukraine 2012

Poland’s captain pulled his side level and inspired a nation with this cracker against Russia, set up by an ideal first touch:

Too bad neither of the hosts advanced out of group play.

We’re going with the final, on the strength of Spain’s high-octane first half and sensational first two goals. Top players performing at their peak in the biggest moment.

By a landslide. The 2010 World Cup finalists and pre-tournament favorites went three and out, with some strikingly bad defending against Germany in the second game.

They were looking like tourney darkhorses after their 4-1 romp over the Czech Republic in their opener. And then… a tie with Poland, a loss to Greece and Do svidaniya!

(And if you’re wondering, Ireland wasn’t a flop; they were never getting out of that group with eventual finalists Italy and Spain, and an excellent Croatia.)

The Shrek and Chad Barrett doppelganger took this dubious honor at South Africa 2010, and his Euro 2012 performance only enhanced his reputation as a club hero-international zero. After sitting out the first two games with a suspension, he scored a tap-in header against Ukraine and then was largely ineffective against Italy. 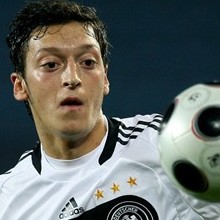 Takes the honor for a second straight major tourney. He is the Spain of this award.

The 23-year-old left back buried Italy with goal No. 2 in the final. He joins Barca for the new season. The rich get richer.

Runner up: Mario Mandzukic, Croatia. The 26-year-old striker scored three goals and played his way into a contract with Bayern Munich.

Is it us, or does Iniesta not quite get his due?* He is easily one of the top five players in the world. He scored the winning goal in the 2010 World Cup final, and set up the winner in the Euro 2012 final with a gorgeous through ball to Fabregas.

8. Best Team that Didn’t Advance to the Knockout Stage

They tied Italy and played an incredible game against Spain, creating multiple chances, and narrowly losing on a goal that might have been offside. They were excellent, and would have made a better quarterfinalist than the Czech Republic, England, and Greece.

Runner-up: This fan, who rooted for—wait, let us finish reading her shirt—yep, she rooted for Germany: 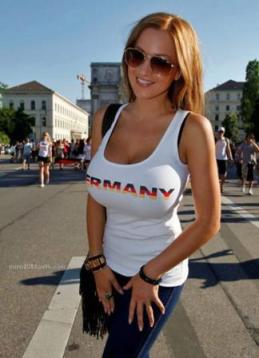 At least they looked good while completely tanking:

Portugal’s cross is slick, and while we acknowledge Croatia’s are a ‘love em or hate em’ phenomenon, we’re in the former camp. 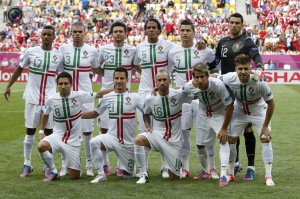 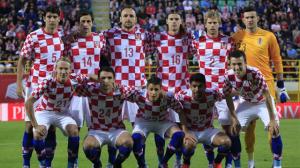 There you have it. What do you think of our choices? Was there a better goal than Kuba’s? A bigger flop than Rooney? Let us know in the comments.

*UPDATE: UEFA named Iniesta the player of the tournament. So, okay, he’s getting his due, and we salute the selection. Here are a couple of money quotes from the announcement:

“AndreaPirlo was magnificent for Italy, Xavi won it last time and could have won it again. Xabi Alonso was magnificent, but Iniesta sends a message about creative and incisive football and was superb throughout.”

And the man himself:

“I am very happy to win this title again, to do something unique and magical. This is practically unrepeatable and I am enjoying the moment. The important thing is that Spain are champions and that this is what the entire team wanted.”

Gotta love that guy. Not a word about his (richly deserved) individual honor. He’s only 28, too. Very good chance he’ll be able to add to his incredible legacy (he’s won two Champions League titles during this run) at Brazil 2014.

The Professional Footballer’s Association released a six-name list of candidates for it annual player of the year award today, and it looks like this:

Van Persie, Rooney, and Aguero, okay, fine, but in what universe did Parker and Silva have better years than Fulham’s Clint Dempsey? (Or Newcastle’s Demba Ba, for that matter.) 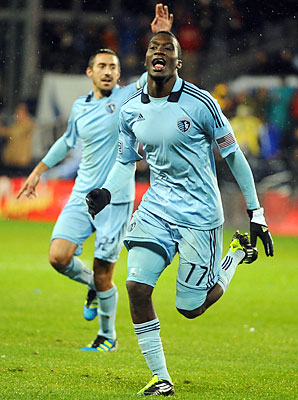 Hey there, folks. We were on the IR for about a week or so, but we’re back now, and there’s much to catch up on, so let’s get right to it.

Major League Soccer started handing out its awards for the 2011 season this week, and will continue doling out honors until Nov 18, when the MVP is announced. Here’s a breakdown:

Rookie of the Year Candidates:

Michael Farfan, Philadelphia—He had a fine first season, lining up as a defender, midfielder, and striker at various points, and scoring a golazo winner against DC in late September.

Perry Kitchen, DC United—The 19-year-old No. 3 draft pick improved steadily as the season went on, playing right back, central defender, and holding midfielder for the Black-and-Red.

CJ Sapong, Sporting Kansas City—The surprise No. 10 pick of the 2011 draft out of James Madison University, Sapong has repaid KC’s faith in him, and then some. Racked up five goals and five assists to lead all rookies.

Winner: Sapong, and rightfully so. In addition to his regular-season goals—which included the historic first tally at Livestrong Sporting Park—Sapong scored three in US Open Cup play and one in the playoffs. He’s extremely athletic, technical with the ball in tight spaces, and a complete handful for defenders. If Klinsmann doesn’t call him in to the January USMNT camp, we will be surprised. Sapong was so good this year, we’re willing to overlook this.

Defender of the Year Candidates:

Nat Borchers, Real Salt Lake—Another quality season for the former Denver Pioneer, but RSL’s heavy load, and early start, this season took a toll on him down the stretch.

Jamison Olave, Real Salt Lake—The hulking Colombian won the award last year, and showed his class in the All-Star Game vs Manchester United—until he got hurt, which would be a theme for him in 2011.

Winner: Gonzalez, who at 23, becomes the youngest player ever to win the award. Now will he get a look from Klinsmann? Probably, yes.

Coach of the Year Candidates (winner to be announced on Nov 14):

Bruce Arena, Los Angeles Galaxy—The Bruce won the Supporters’ Shield and got the Galaxy back to the MLS Cup final, despite a raft of injuries, international absences, and pressure to reach a title game being played at his home stadium.

Sigi Schmid, Seattle Sounders FC—The horrific early-season injury to Steve Zakuani might have derailed a lot of teams, but Schmid kept his side on track, all the way to the CONCACAF Champions League quarterfinals, and a third straight US Open Cup championship.

Peter Vermes, Sporting Kansas City—His team was handed a 10-game road trip to start the season while their  brand-new stadium was completed, and they went a disastrous 1-6-3. Yet Vermes not only got them out of that hole, he also led them to the Eastern Conference title.

Who should win? It’s a very tough call between Vermes and Arena, but we give a slight edge to The Bruce.

Comeback Player of the Year Candidates (winner to be announced on Nov 14):

David Beckham, Los Angeles Galaxy—Interesting choice here as it acknowledges a comeback was required from the league’s most famous player. Still, 15 assists and plenty of defensive effort and team leadership add up to GB’s best season with LA—and yes, a comeback of sorts.

Charlie Davies, DC United—The sentimental choice, and his opening-day performance was pure storybook stuff. But he faded down the stretch.

Dominic Oduro, Chicago Fire—The Ghanian striker has always had rocket-fuel speed, but he’s never been tidy with his final touch. He changed that this year with 12 goals.

Who should win? We say Oduro. The league will probably say Beckham.

Goalkeeper of the Year Candidates (winner to be announced on Nov 15):

Kevin Hartman, FC Dallas—In our view, Hartman was the most deserving candidate last season, when LA’s Donovan Ricketts won the award. He had another quality season this year, pulling off many acrobatic saves and producing a 1.06 goals-against average, second-highest in the league among keepers with at least 1500 minutes played.

Kasey Keller, Seattle Sounders FC—His save percentage of 76 is tied for highest in the league, and despite a gaffe here and there, he had an excellent final season.

Faryd Mondragon, Philadelphia Union—Brought in, along with centerback Carlos Valdes, to help stabilize the Philly D, Mondragon did exactly that, inspiring confidence and producing a 1.09 gaa.

Who should win? We’d vote for Chivas USA’s Dan Kennedy or LA’s Josh Saunders, but since neither are nominated, we’ll say Mondragon.

Newcomer of the Year Candidates (winner to be announced on Nov 15):

Luke Rodgers, New York Red Bulls—The pugnacious Englishman produced nine goals and three assists in 20 starts, and proved surprisingly valuable to his team, which went 9-4-7 with him and 1-4-9 without.

Mauro Rosales, Seattle Sounders FC—An Argentine with a resume that includes stops at Ajax and Riverplate, along with 10 caps for his country, Rosales was an absolute steal for Seattle. They got him for the league minimum and he led the team in assists (13) while scoring five goals.

Who should win? Another tough call. Rosales by a nose.

Most Valuable Player (winner to be announced on Nov 18):

Dwayne De Rosario, DC United—He was shunted from Toronto to New York to DC this year, but caught fire in his last stop, producing 13 goals and seven assists in 18 games to bring his season totals to 16 goals and 12 assists.

Brek Shea, FC Dallas—A breakout year for the lanky Hoops winger, who stepped up in David Ferreira’s absence to rack up 11 goals and four assists. He also established himself on the USMNT.

Who should win? Gotta be De Ro. The numbers are too impressive to ignore. 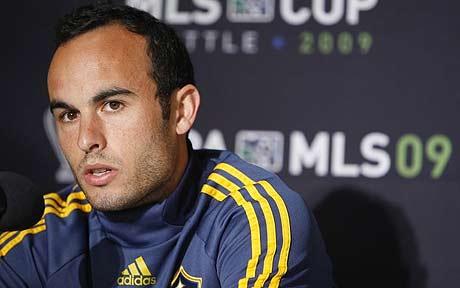 And we say, wise move: He’s been playing non-stop for two years, and he looked sluggish down the stretch in MLS this past season.

Another loan move—which would have been his third consecutive winter stint abroad after Bayern Munich in 2009 and Everton in 2010—would have put more mileage on his odometer, ground off more tread from his tires, and potentially, led to a broken part or two. Better to lay that machine up in the garage for the winter. (That automotive metaphor just took over, didn’t it? Sorry about that.)

In other Donovan news, he was unsurprisingly named the 2010 U.S. Soccer Athlete of the Year yesterday. It was the fourth time Donovan won the Federation’s award.

MLS also tabbed him as their U.S. Player of the Year.

We’ll take it as an opportunity to look at his awesome goal against Slovenia again:

The nominees are in for the 2010 Best of U.S. Soccer Awards, the ninth edition of the Federation’s year-end showcase.

Click here to vote, and check out some interesting videos (behind the scenes with The Daily Show and Lando at Everton were our personal faves.)

Best Goal is likely going to Landon Donovan’s follow-up winner against Algeria, but we might give it to Michael Bradley‘s incredible, game-tying finish of Jozy Altidore’s knockdown against Slovenia.

As for that new category, Best South Africa Moment, this, which should have been enough to persuade FIFA on the 2022 World Cup bid, has got to be a lock: