We’re a few months after the fact on this, but it’s late on a Friday and we’re big fans of any rational responses to the irrational decision to stage the 2022 World Cup in the ceramic kiln that is Qatar in the height of summer, so … here’s the inimitable Ian Holloway, Crystal Palace manager, reacting to Michel Platini’s suggestion that the 2022 tournament be rescheduled for the winter, right in the middle of most European seasons:

He never disappoints, Holloway. He and Crystal Palace are currently in fourth place in the English League Championship table, seven points behind leaders Cardiff City and comfortably in the promotion-playoff zone. 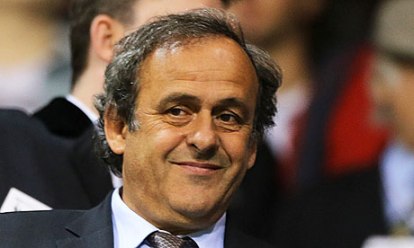 International soccer’s powers-that-be are back on this one. You may recall FIFA’s suggestion, almost immediately after the bid was announced, to shift the 2022 World Cup from the molten-lava summer in Qatar (average high temperature: 115 degrees Fahrenheit) to its more moderate winter months.

After the idea was first floated, there followed a series of increasingly entertaining potential solutions to the problem of staging the planet’s most popular sporting event in its hottest location. The games would be played at night, the stadiums would be air-conditioned, or—and this was a real suggestion, not an Onion headline—robot clouds would be used.

“I hope it will be held in winter,” he said. “We have to go to Qatar when it is good for everybody to participate. What is better for the fans?”

What about the many, many domestic leagues around the world that would have to be shut down for a month or more for that to happen?

“In 10 years we can manage to decide how we can postpone the season for one month,” he said.

There are more complications: You couldn’t stage it in January—when some European leagues, including the German Bundesliga, are on winter break—because there’s a Winter Olympics that year (In the Tunisian desert. Kidding. Their location hasn’t been decided yet.):

“If we stop from Nov. 2 to Dec. 20,” Platini continued, “it means, instead of finishing [domestic seasons] in May, we stop in June. It is not a big problem. It is for the good of the World Cup, the most important competition in the world.”

We also wonder how such a change would impact the qualifying setup: moving the event up six months would most likely compress the schedule—and further disrupt domestic leagues around the world.

Fortunately, with 10 years to go until the event, there’s still time for them to consider the easiest move of all—that of the tournament to a different host nation.